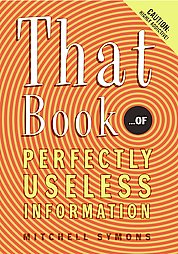 Disclaimer: This is no way an attempt to rip off of the great series John Moore runs over on BrandAutopsy — the title just seemed fitting.

I have been using Twitter for some time now, increasing my usage to see if it changes how I’m consuming media and, more importantly, my opinion of it. I’m nearing my 500th update, and my opinion has yet to change. It’s still full of essentially useless information with the occasional nugget of good information thrown in.

Case in point are a few gems over the past 24 hours from people I’m following that include JasonCalacanis‘s tweet that he’s “Walking the dogs at 1 am…” and chrisabraham‘s “Stumbled to the kitchen and made bread and butter and cheese” update.

Twitter was scheduled to go down for maintenance yesterday for 12 hours, with Twitter addicts, aka Twitheads, freaking out that they wouldn’t be able to update their virtual friends with useless info. For those unfamiliar with Twitter, think of it this way — remember when cell phones first came out, and people would call each other just because they could? Yeah, it’s kinda like that. Loren has a funny vid about it here. I couldn’t have said it better myself.

So with the astute point that life will go on and that people will still stay in touch via email, Facebook, phone, Skype — hell, you name it — I’ve tried to find reasons as to why Twitter will succeed… because yesterday’s reaction to scheduled maintenance (which, consequently, was moved to tonight at 10 PM PST) was the closest thing I’ve seen to a web-app version of Y2K. Is it really the type of 2.0 app that, if it went away, would cause riots? Um, no.

Aside from the fact that there are a ton of other apps and technologies out there with wider adoption, having self-serving marketers publish bad research titles don’t help the cause — just because I have Twitter on my Facebook page doesn’t mean people read it, let alone know what the hell it is, let alone “use” it, as Forrester claims. If I use my iPhone, it means I am physically touching, listening or doing something with it. Forrester’s research says that it counts as “use” if someone on the subway sees it. I completely respect their work and studies, but that footnote make the research nearly worthless. The reality is that 1% of regular web users have interacted with Twitter — so while the marketing/PR and tech folks of the world, essentially, are on board, the general public isn’t. “Why not?”, you may be asking. Here are a few reasons:

People will ask “What’s in it for me?” when being asked to use a new product or service. This value proposition is where Twitter has no real answer. Given the aforementioned reasons, the best Twitter can hope for is to be acquired by MS, Yahoo, IAC or another web giant and become integrated in their properties in a way that makes sense and is usable — and answers the question. As mentioned, Google is clearly out of the equation with their acquisition of Jaiku and, if there is an opportunity for microblogging to succeed, will happen as a result of their actions and answer – not hype from the 1% or bad research.

0 thoughts on “If Twitter went away, would anyone care?”